It's Greek to Me!

I've become an audio book addict!  Because we live 45 minutes away from Major Shopping, whether in Aiken, South Carolina, or in Augusta, Georgia, I have ample opportunity to listen to books as I drive to and fro.

Recently, a friend of mine who is working on a book about Milton and his daughter introduced me to the Naxos edition of Paradise Lost, read by Anton Lesser. 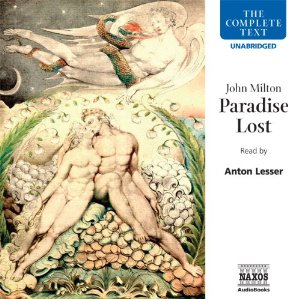 I was hooked!  I've listened to many audio books, but this was different.  Paradise Lost is a wonderful poem to read silently, or out loud to yourself, but to have it read to you by a reader as skilled as Anton Lesser is beyond wonderful!

One thing leads to another.  Why not try another big book?  I had read parts of Joyce's Ulysses in college, notably Molly Bloom's soliloquy, but I knew I would never read the whole thing.  Until now. 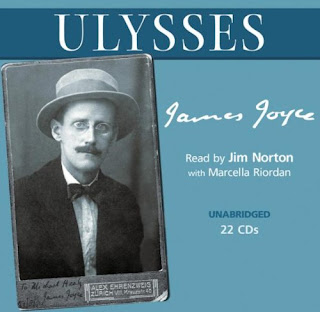 Now, having renewed the CDs the maximum four times from the library, and having had to carry my home CD player around with me as I cooked and cleaned, listening as I worked, in order to finish the 22nd and last CD before it was due on the final day, I can tell you this.  The most interesting parts of Ulysses are the parts by and about the women!  The Nausicaa chapter, in which Bloom stands overlooking the beach where Gerty, sitting on a rock and fantasizing, watching him watch her, then switching to his point of view as she walks away, and he (and the reader) realizes she is lame -- so sad and lovely.  The brothel scene.  Molly's justly famous soliloquy.

The rest of it, with its endless posturing and bravado among the men, is so much (no doubt accurate, no doubt funny, no doubt Irish!) blather.

So now I'm into Homer.  Listening to The Odyssey, in the Robert Fagles translation, read by Ian McKellam. I am not so enamoured with McKellam's voice, which seems affected to me.  But it's interesting to read about the original "white-armed" Nausicaa, for instance.   T.E. Lawrence (aka Lawrence of Arabia)  translated The Odyssey while on duty (as T.E. Shaw) with the R.A.F. in, I believe, India.  It is a prose translation, published in 1932, much admired in its day, and close, as I read it, to the Fagles translation of today.  (The most admired verse translation, I believe, is the one by Robert Fitzgerald).   Lawrence grew sick of Odysseus in the end, his childish craftiness and self-importance, but The Odyssey was a book of major importance to him throughout his life, fueling his own heroic image.   It may be that Odysseus's audacious entry by foot into Troy, escaping again without having been recognized, spurred Lawrence on to attempt the same trick, to disastrous effect, in Deraa.  I"m keeping the Lawrence translation nearby as I progress.

More to follow.  I plan to tackle The Iliad next, and then Dante.  I'm excited!
Posted by Laurel at 10:15 AM
Email ThisBlogThis!Share to TwitterShare to FacebookShare to Pinterest